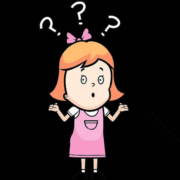 Welcome to the Chamonix blog this has been a long time coming but better late than never! Chamonix opened its doors in 2008. I remember researching into what was the best time to open a business and the research said, never open a business before Xmas or during a recession. So we opened in December 2008. Two weeks before Xmas and during the worst recession we had seen in years. By the January I would sit at the desk and pretend I was on the phone when the bus pulled up outside the clinic. Then I realised if I invited people in for a coffee and made them laugh then they would stay here and people outside would think we were busy. Somehow it worked, but of course it wasn’t that simple, we also did a large number of networking events, advertising and in fact I used to joke that I would go to the opening of an envelope if it meant it got me in front of people. So eventually everything that I was putting into the back of the pipeline started to drip out of the front….

In the begining
Scroll to top Call now